A girl walks down a blossom-lined street, a knife clutched in her pocket. She’s on her way to confront the man she believes killed her mother.

“Batman (aka Naomi’s Death Show)” is an interactive live storytelling piece, which is completely true. The play explores the author’s personal experience of parental death and bereavement, satires the true crime genre, takes audiences through the experience of sitting Shiva for the dead, into the world of extreme art via a drowned mansion, and looks at how love and art can save us or condemn us.

The audience gets to choose the direction of the show, and faces their own complicity: will they choose vengeance, or mercy?

Chronic Insanity is a Nottingham-based theatre company that creates and facilitates live events in a variety of traditional, found, and digital spaces. They make work accessibly, affordably, sustainably, and inclusively, and seek to change the definition of what theatre can be by playing with form, genre, medium, and technology. They don’t tend to beat around the bush, with productions jumping into the heart of an issue or story and spitting the audience out at the other end with the building blocks to interrogate a part of the world they may not have felt equipped to interrogate before.


Naomi Westerman is an award-winning playwright and screenwriter, and disability advocate. Her work has been widely staged in London and across the UK and internationally, including at the Bush Theatre, Royal Court, Vault and High Tide Festivals, Wiltons Music Hall, Birmingham Rep, Lyric Hammersmith, and the Criterion Theatre. She is currently under commission from the Bush Theatre, Derby Theatre, and a youth theatre in Scotland, and was recently awarded the Michael Grandage Futures Bursary and the In Good Co Mid-Career Commission Award. Her first TV series, about a group of disabled people who form a criminal heist gang, is currently in development.

"Although it deals with serious themes, it's not heavy. Rather, it is a funny and touching at the same time, breaks stereotypes about mental illness forces you to think and ask questions. [...] Very well-received." Zachodnikoniec

"Westerman achieves something quite neat [...] in a show bursting with good ideas." The Stage.

"Clever and engaging script [which] displays plenty of interesting ideas, and is certainly creative in its concept. [Westerman] has a bright future ahead." BroadwayWorld

"A sparky and evidently well-researched script [with] an unmissable contemporary relevance. An hour of feminist infused fun." Aspen Reviews

"A quiet beauty, the writing and dialogue really capture the awkward sweetness of a relationship in its early stages. The script is a gem -- the makings of a brilliant piece of theatre." Time Out

"A powerful important piece. A gripping and personal script from Naomi Westerman [who] manages to present us with two very likable but humanly flawed characters [which] makes the whole piece believable and gives it a hook that sinks into your heart." LGBTQArts

"A play that has the potential to be groundbreaking." AViewFromTheCheapSeat 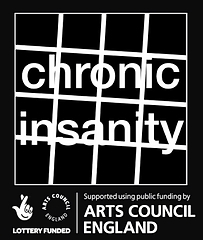