‘Woman’ is sat in a therapist’s office. She’s been sent there to deal with her drink problem. But she doesn’t have a problem and she doesn’t need help. She just needs Sue Perkins. They’re meant for each other. If only Sue could see that too. But how can she? She’s too busy being a celebrity. So ‘Woman’ sets out in pursuit of her love. From following Sue’s every move online – to breaking in backstage at the BBC, there isn’t anything she won’t do. But can she keep it all together and win her heart’s desire, whilst battling her out of control drinking?

Eleanor has worked extensively in the creative arts industries over the last decade. After receiving her ALCM in Musical Theatre from SLP, she travelled to New York City to train at Circle In The Square under Theodore Mann and Jacqueline Brookes, performing in Manhattans top venues such as: The New World Stages, Triad Theatre, 72nd & Park and Off-Broadway. She returned to London to finish her studies at the Royal Academy of Music. Upon graduation, Eleanor performed expansively in Musical Theatre; including national tours, off West End and around the globe. In 2019 she obtained a masters degree from ALRA, after which she wrote her debut play: In PurSUEt. In PurSUEt was a smash of the Edinburgh Fringe 2019 and 2022, performing to sell out audiences and being met with rave reviews. It earned its reputation as a queer cult classic before being awarded the Fringe Sell Out Laurel. Thanks to Arts Council England and National Lottery; In PurSUEt is now mid-way through a UK-wide Tour.

Bush Productions is a female lead LGBTQIA+ film and theatre company. Their focus is to bring new and exciting talent to the forefront of television, film, radio and theatre. They are passionate about mental health, bringing awareness to women’s issues and the much misunderstood stereotypes in the LGBTQIA+ community.

Lothian Life - ★★★★★ "Timely, hilarious and poignant, In PurSUEt was one of the finest one-actor shows I’ve seen”

Broadway World - ★★★★ “A challenging story told in a fascinating griping way, that will have you tearing up one minute and chuckling away the next!”

The Wee Review - ★★★★ “A tragic, comic depiction of the complexities of humanity which is captivating and heartbreaking”

Broadway Baby - ★★★★ “Talented writing, raw emotion, it was by far, one of the best one-woman shows I’ve seen”

The Upcoming - ★★★★ “A perfect balance of humour and heartache” 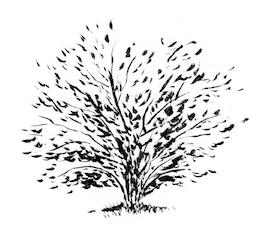