6 women meet in a support group. It’s for Survivors (not the Destiny’s Child kind). They’re not really sure what kind, but they’re figuring it out. Together.

Award nominated SpeakUp Theatre present RESIDUE, an electrifying ode to women’s stories of surviving abuse. Wading through the mess, the chaos, the joy and the pain of picking up the pieces, RESIDUE explores what it means to “survive” and celebrates the friendships found in the wreckage.

RESIDUE has been created in conjunction with SPEAKUP SURVIVORS, a two year lived experience leadership project providing creative workshops for women who have experienced domestic and sexual abuse. With thanks to Surviving Economic Abuse, Manchester Women’s Aid, IChooseFreedom & Clarion Housing Group. To the women who shared their stories and the women who are still finding their voice.

SpeakUp Theatre is a female led theatre company founded in 2015 to shed light on the issues people face behind closed doors. They aim to empower women's voices, amplify autobiographical stories and encourage conversation around the issues we don't chat about.

SpeakUp's last show, LOVE (Watching Madness) was an autobiographical show about founder Izzy Kabban’s relationship with her mum who has bipolar disorder. It was developed with the Actors Centre as part of their John Thaw Initiative, and received critical acclaim at the Pleasance, Edinburgh Fringe 2019 and went on to VAULT Festival 2020, a regional tour and the Southwark Playhouse in July 2021. It was shortlisted for the SitUp Awards in 2019.

In 2021 SpeakUp received £35k of National Lottery Community funding to run SPEAKUP SURVIVORS; a lived experience leadership programme providing creative workshops in London and Manchester, for women who have survived abuse. SpeakUp Theatre have just received funding from Arts Council England to develop OUR SKL PROJECT - a new piece exploring education inequality and the secondary school experience for girls in the UK, co commissioned by Warwick Arts Centre and the Belgrade Theatre. 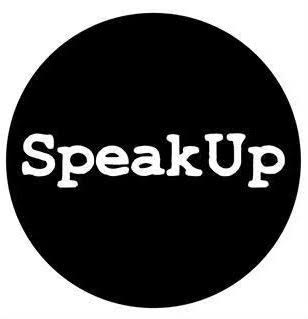