Shaping The Future Of Female Comedy

Working in comedy for over 15 years I have learned that nothing should surprise you and that the mood and fashion for humour can change overnight. What I am certain of is that women are making their mark and long may this continue.

This year we celebrate 100 years since women first got the vote so I am particularly stoked that we broke all records for entries into our 2017 Funny Women Awards. Registrations totaled over 900 and I personally saw over 400 women perform live on stage around the UK & Ireland and we received over 250 scripts, 150 films and 500 nominations for Best Show.

The talent and creativity is overwhelming and we will be showcasing some of the best acts in a Regional Final of our Stage Award this Saturday 17th February and 10 amazing short films in the final of the Comedy Shorts Award on Sunday 4th March at the VAULT Festival. 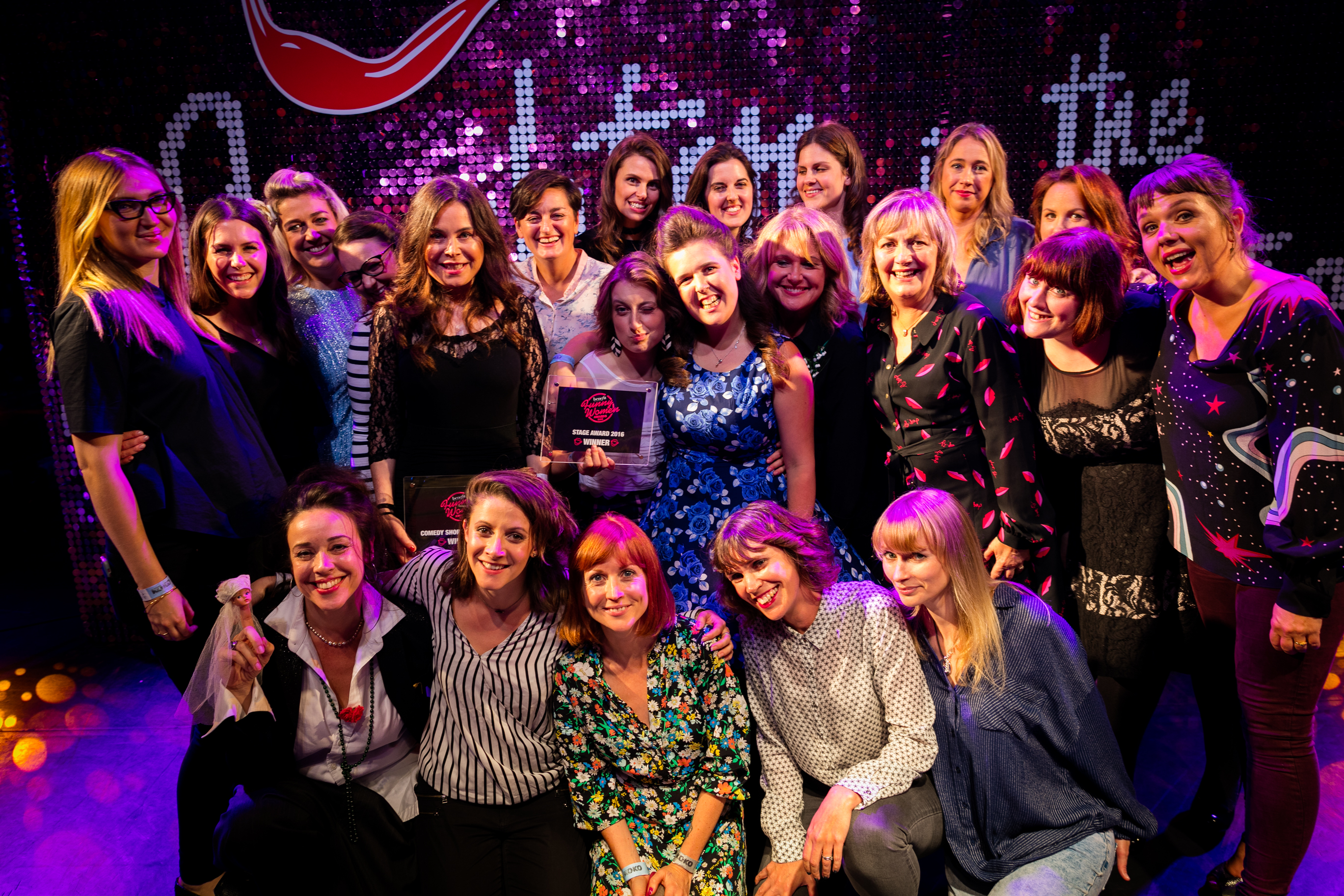 In a major effort not to be London-centric, we travelled to Exeter, Dublin, Manchester and Perth. There were 25 heats in total for the Stage Award with the inevitable concentration of numbers in London and Brighton, home to our longest running gig at Komedia.

This only happened with the help of some great comedy friends and allies. Let me pay credit to Simon O’Keeffe of Chaplin’s Bar in Dublin, Hazel O’Keefe founder of Laughing Cows and the Women in Comedy Festival Manchester, the Spirit of 2012 WOW Southbank team who hosted heats for us in Exeter and Perth, plus brilliant London venues including Hoxton Hall, Phoenix Artist Club, Bill Murray Pub and the Betsey Trotwood. Not forgetting, of course, the team here at the VAULT Festival in London.

When I first created the Funny Women Awards in 2003, I could never have anticipated the level to which they would grow. We have added new three non-performance awards, Comedy Writing, Comedy Shorts and Best Show to ensure that we honour the women who want to express their funny bones on paper and film as well as on stage.

I have always believed in the power of humour to change the world, and some of us, from producers to performers are proud to make this connection. We give women a real voice and a platform to talk about the awful prejudices and treatment meted out to us even in today’s enlightened #metoo #timesup society.

There is no excuse for comedy promoters not to be booking women for their shows and the success of women like Katherine Ryan, who won our Awards in 2008, that leads the way. It is particularly inspiring to see how many women choose to make our Awards their first ever gig, eschewing the competition environment for the opportunity to be seen on stage alongside other women.

Charity is at the heart of everything we do as well, sometimes providing an extra incentive to overcome the nerves and give comedy a go. This year we are proud to be supporting UN Women and the HeForShe movement and our Charity Final at the Duchess Theatre on Monday 12th March is a signature event during Arts Week London.

A final word. We need audiences!!! You are as important to us as performers! Throughout the 2017 Awards it has been your feedback that has helped us to shape the future of female comedy. At this stage of the competition it is down to the professionals who produce, develop, film and stage comedy but nothing speaks as loudly as applause. See you there!

The 2017 Funny Women Awards have been made possible with the support of the following: Comedy Central, Why Did the Chicken, Soho Theatre, Women’s Radio Station, Oliver Bonas, MOO and Starling Bank.

For more information about the Awards and all our events please visit www.funnywomen.com