SHEDINBURGH Fringe Festival is back! 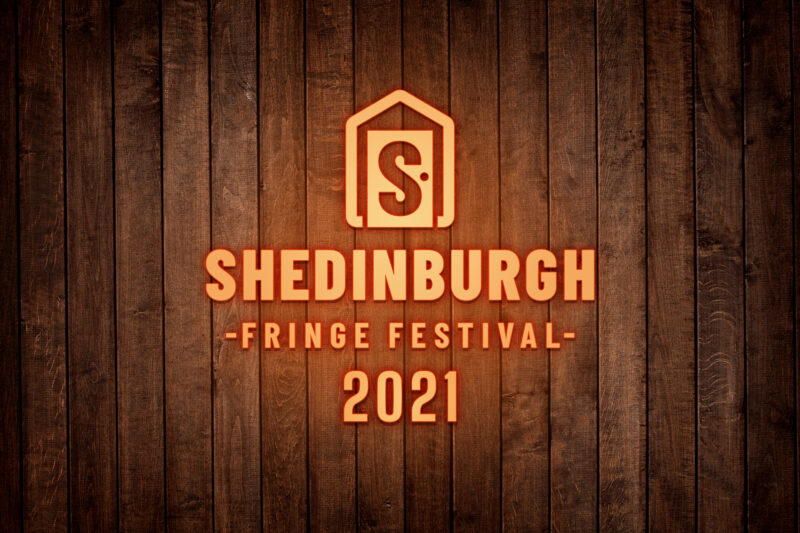 The global shed-sation of 2020 is back for another packed edition of the best Fringe theatre, comedy, music, spoken word, with VAULT Creative Arts partnering with Francesca Moody Productions & Popcorn Group as festival co-producers.

Alongside a thrilling programme of soon-to-be-announced shows, SHEDINBURGH will feature brand new strands including SHEDINBURGH Newcomers that will showcase work from some of the most exciting up-and-coming artists who promise to be the next-big-thing on the Fringe scene, handpicked by VAULT Creative Arts in partnership with Francesca Moody Productions. There will also feature an Originals script series, as well as SHEDx talks from famous faces, renowned writers & experts from the world of culture. At least 25% of every ticket sold will go towards the SHED LOAD OF FUTURE FUND – helping artists bring their work to the Edinburgh Fringe in future years. Every ticket you buy helps sustain & reinvigorate the Fringe’s Future.

Running from Tuesday 3rd August to Monday 30th August, SHEDINBURGH will be performed live in two sheds at the Traverse Theatre in Edinburgh and Soho Theatre in London, and streamed globally – the full shed-ule of shows will be announced in July.

SHEDINBURGH Main Programme: A stellar programme of shed based versions of seminal Fringe favourites from the last decade plus old, new and unseen work from Fringe stars and comedians whose careers were launched at the Fringe.

SHEDINBURGH Newcomers: Edinburgh Fringe Festival has historically been a launch pad for creative talent, and the Newcomer’s programme will give audiences the chance to discover the next-big-thing. Artists will be carefully selected by VAULT Creative Arts in partnership with co-producers Francesca Moody Productions.

SHEDINBURGH Originals: A series of special one-off short pieces and original work created for the shed by some of the most exciting and high profile talent to come out of the Fringe.

SHEDx: A series of free 10 minutes talks from key industry stakeholders and talent around the theme of the Edinburgh Festival Fringe. SHEDx will inspire, educate, reminisce and advocate for change.

SHEDINBURGH has already captured the hearts of Fringe fans all over the world, selling more than 45,000 tickets to 25 events in 2020. This year, VAULT Creative Arts, Francesca Moody Productions and Popcorn Group are expanding the programme and aiming to reach even more international audiences, to give everyone the opportunity to experience the magic of the Fringe, whilst supporting artists through the SHED LOAD OF FUTURE fund.

All tickets will be available on a Pay What You Can basis, with the full programme being announced soon! For more information, visit the SHEDINBUGH FRINGE FESTIVAL website here.