As part of VAULT Festival 2023 we present exciting new work that includes incredibly talented early-career artists from a range of backgrounds and award-winning smash hits that we’re delighted to welcome to VAULT Festival. Below you’ll find out all about the VAULT FIVE, five dazzling new shows from VAULT Festival’s unique development programme for cutting-edge artists. Manchester’s thriving cultural hub HOME comes to VAULT Festival with a thrilling and authentic show from leading Manchester artists Ugly Bucket. Generation V showcases the brightest and boldest work from the UK’s leading creative drama schools East 15 and Fourth Monkey, and brings you the very first production from our very own VAULT Young Company. We’re also proud to present our Picks of Pleasance and Summerhall from this year’s Edinburgh Fringe, along with VAULT Festival’s Civic Award Winners. 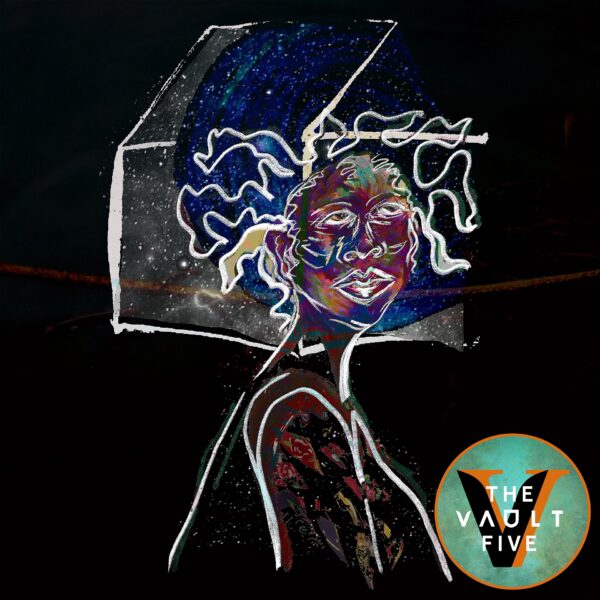 In an elaborately cosmic attempt to reignite the connection to her ancestral inheritance, Takura blends western ideas of quantum physics and astrology with zimbabwean myth to reconnect with the spirit of her dead grandmother. Despite the disapproval of her family Takura voyages through google in an attempt to connect with the ancestral plane.

Will her Mbuya approve of Takura now? Or should some traditions be left to rest?
Told through spoken word poetry, movement, live looping and animation, ‘dark matter’ is a lyrically playful piece that explores the power of reclaiming and remixing traditions.
Themes: colonisation, queerness in the african diaspora, grief, ritual, afrofuturisum, belonging, spiritual inheritance and cultural cosmologyy. 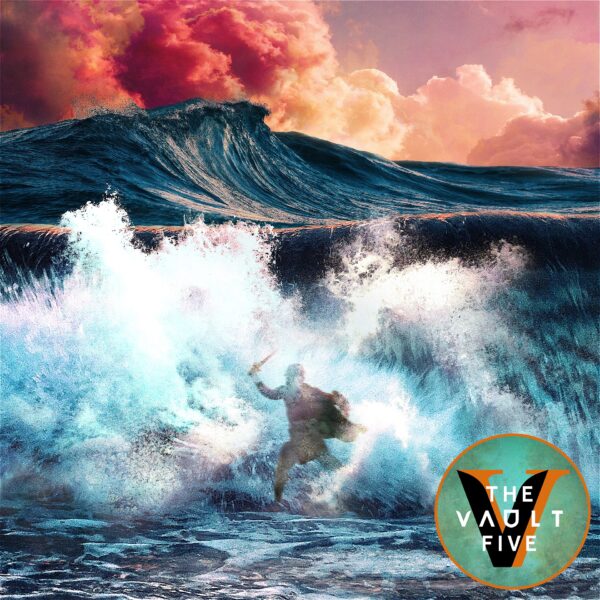 Caligula by the Sea

Caligula is the young, extravagant leader of the Roman Empire. But he is not content with being emperor. He wants to be a god.

When he enters into a destructive friendship and rivalry with the god of the sea, he witnesses power beyond his comprehension. He is left to question his relationships with friends, family, the empire, and himself. Will he maintain his authority as he loosens his grip on reality?

There is an ancient rumour that Caligula waged war against the sea. Will he do the same in this fictional world where gods and monsters exist?

A new devised play that examines themes of power, friendship, and the environment. A fantastical, dramatic, gripping, and not-so-historically-accurate retelling of the tales of the infamous young Roman emperor, Caligula. 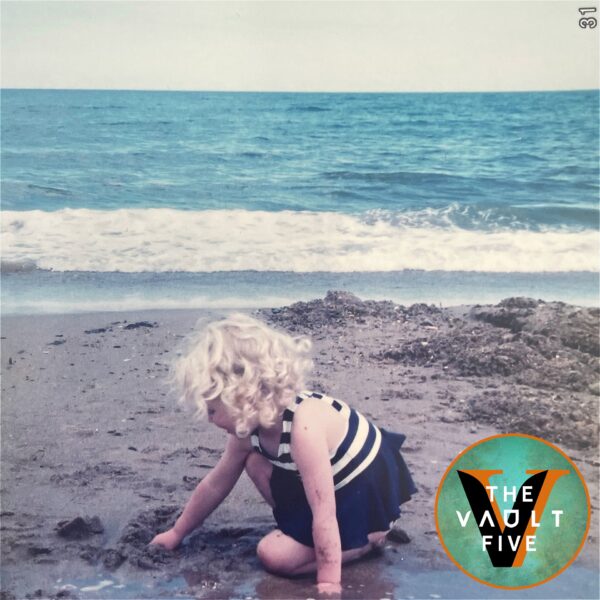 ‘I don’t remember where I am when I decide to walk. Maybe the idea creeps up on me over time – born somewhere within me the first time I saw the sea.

Like osmosis, the thought it soaks into my skin and lies in wait until I cry it out as a single teardrop. Glistening, shimmering, and whole – it falls out of my subconscious and into my knowledge.

The know, the knowing, that I need to walk.’

RIGHT OF WAY, involving walking the South West Coast Path, and is a semi-autobiographical piece that explores the intimate connection we have with powerful bodies of water, our heritage, and with the women in our lives. Rooted in a place of joy, breath, and deep listening, it is an embodied reflection on chronic illness, accessibility, Young Carers, and radical joy. 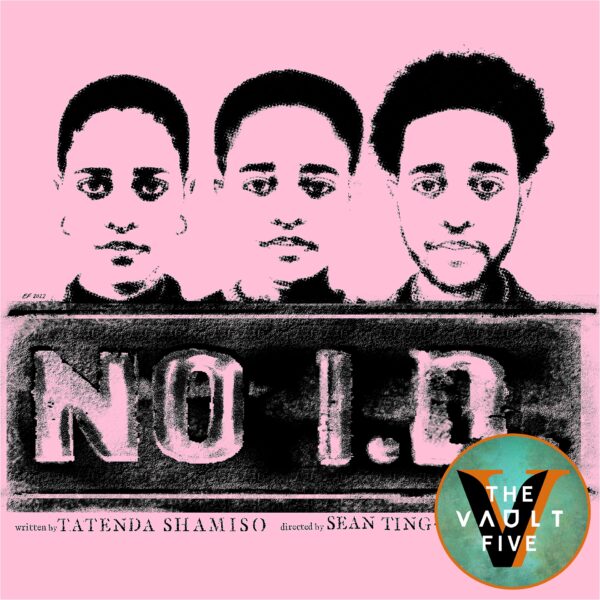 Tatenda Shamiso tells the story of his experience as a Black transgender immigrant in the UK. From colossal tasks in the healthcare sector to tiny troubles at the post office, Tatenda searches for valid proof of the joyful life he lives — proof which is hard to find in our current system! It’s a story about a guy stalking himself, tracking his gender transition to prove he’s real, sifting through his childhood, adolescence and early adulthood to form a narrative that will please the many arms of our beloved government. Tender, wacky and a bit surreal, Tatenda uses the music he wrote throughout his first year on testosterone, alongside letters, signatures, and a whole lot of paperwork, to guide us through what it takes to validate Black and queer identities in the eyes of the law. 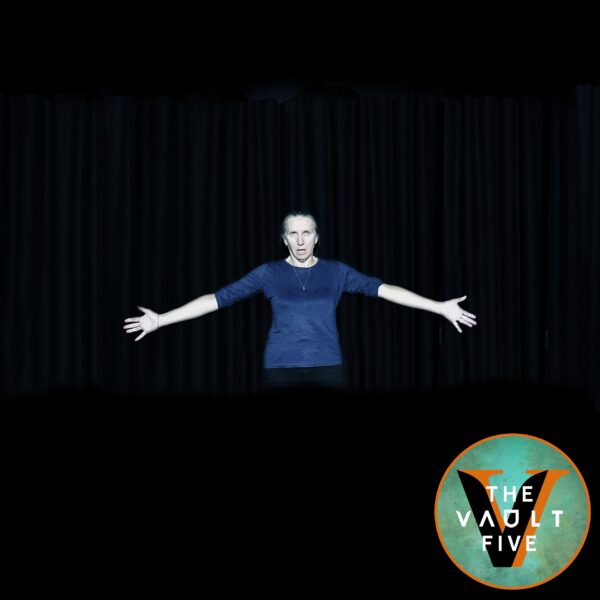 TIME is the story of a middle-aged female cliché, who uses her post-menopausal superpower to visit her successful friends from her past and reinvent her life.

Written, performed and directed by Gaynor O’Flynn, whose work has featured on BBC, C4, and Canal+, and whose music has featured in films including Argo, Oscar Best Picture 2013 TIME has an award-winning team who also work for the National Theatre, Barbican and Sadlers Wells…

The audience is invited to chant “TIME” via the TIME app. The audience’s chants form a digital choir at the end of the play and create an online digital artwork, as we all call for a “Fairer, Feminist Future”… 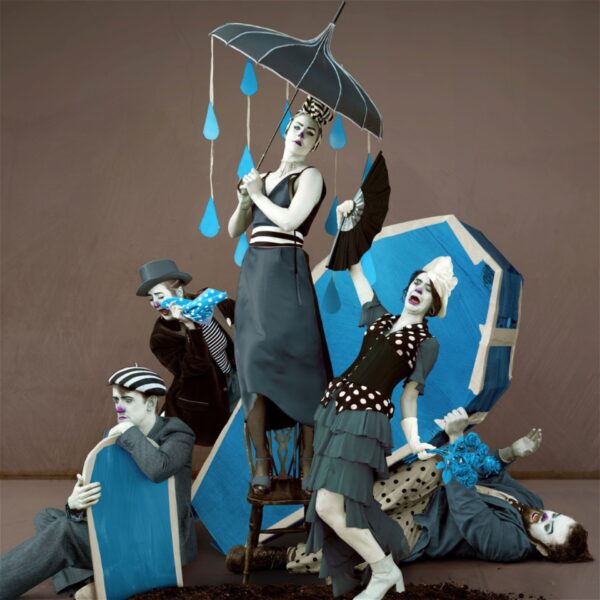 Manchester’s thriving cultural hub comes to VAULT Festival as HOME present a thrilling, authentic work from leading Manchester-based artists. Multi award-winning physical comedy company Ugly Bucket process the death of a friend in the only way they know how – through a kinetic maelstrom of outrageous clowning, personal testimony and a thumping techno soundtrack. 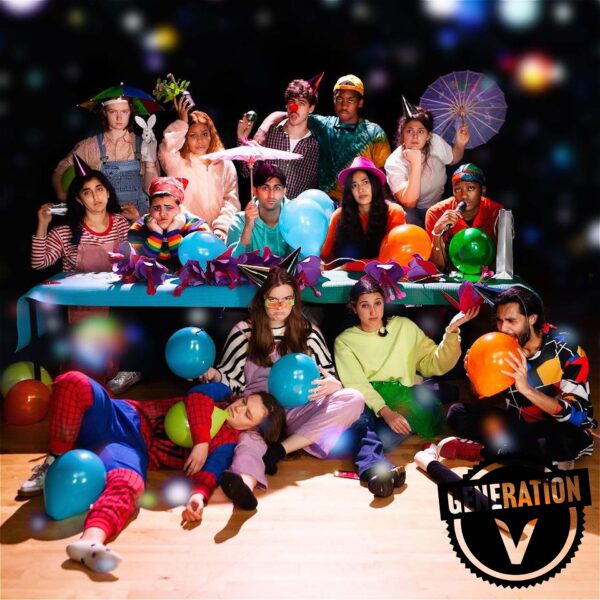 Expect experimentation and innovation in this devised, completely original, thrilling debut show from the VAULT Young Company. Explore the power and pitfalls of joy through interactive physical theatre and big ideas from the theatre artists of the future.

The VAULT Young Company is VAULT Creative Arts’ year-round ensemble of young theatre makers from underrepresented backgrounds who have not been through professional training and who are interested in creating exciting, experimental new work. 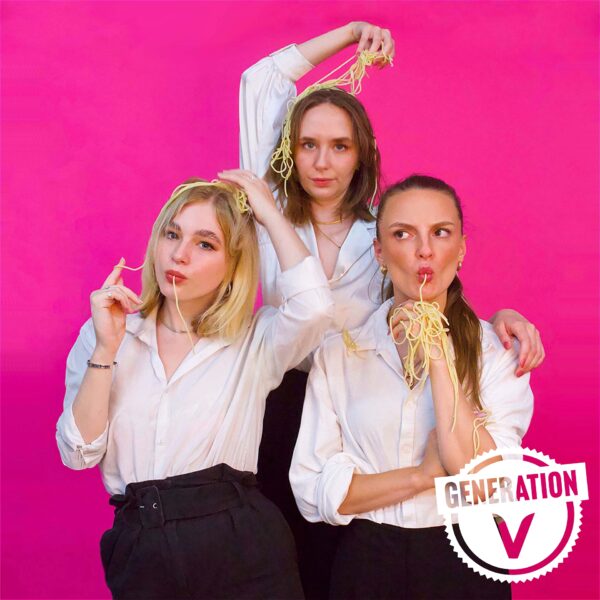 After being handed a job as counsellor and sex-ed teacher, Krissy purposely leads a classroom full of goggle-eyed-girls down a motorway of mistakes. Fuelled by her own flaws, at a religious all-girls boarding school, she shaves away any expectation of a perfect role model. With a desire for destruction, Krissy intentionally feeds bad advice to the hormone-riddled girls, from questionable kinks, to the swimming pool’s secret-sex-shack, while being forced to face the femininity that the world around her has trained her to hate. Told by a three women ensemble, this comedic story of sex, love and spagbol explores self-love, womanhood and growing up … as well as, vibrators, funerals, the twelve disciples, piss play and THAT mint shower gel. 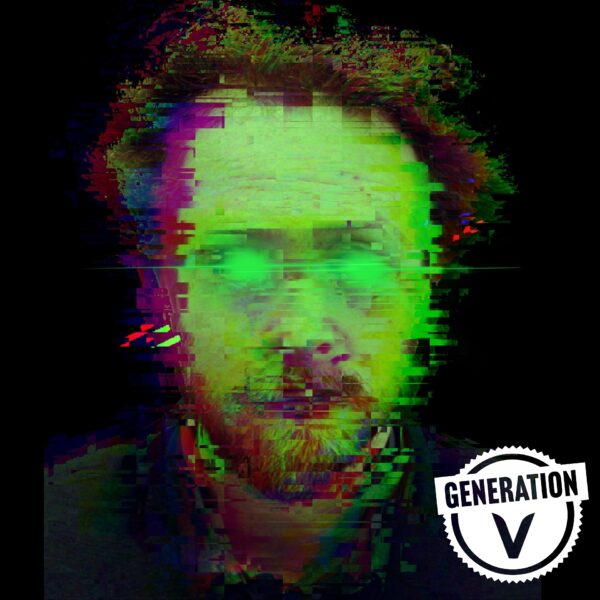 Meet Andrew, The Internet has asked him to make a show for you about everyone’s favourite topic… The Internet! And he’s dying to show it to you. But when under pressure who knows what he’ll try and do.

This volatile one-man sketch show uses projection, satire, technology, and comedy to delve into the deepest recesses of CyberSpace in search of anything remotely human in our world of wires and code. 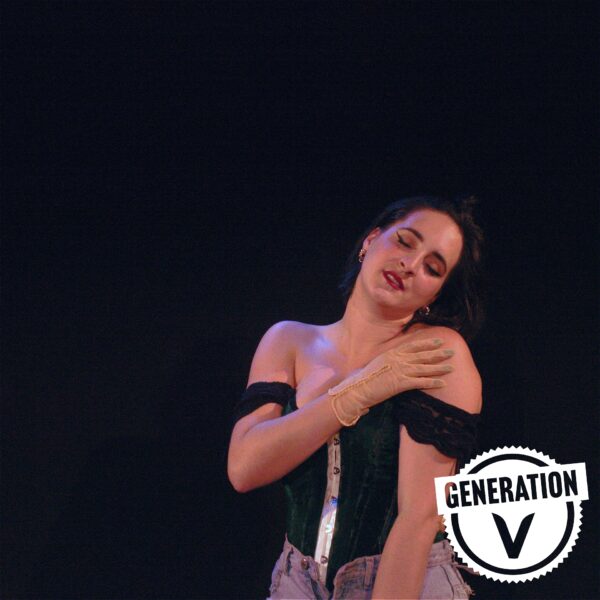 “I have been stabbed fifteen times and lived! I can piss as far as the eyes can see, I can fit inside a shoe box my leg is robot and my boobs shoot lasers. I have deepest throat in all of the Northern hemisphere. One time, I made a man cry JUST BY LOOKING AT HIM. But…I have never been in love…”

Magdalena Confessions deals with dark themes with a startling sense of humour. As she herself tells us, Magdalena is a femme de joie (a woman of joy) and is able to navigate pain and suffering with a disarming optimism and grittiness. It is a story about loving yourself, and a celebration of what it means to be a woman in the modern world. The show is a blend of drag, stand up, clowning, and physical theater traditional storytelling and hilarious audience interaction. 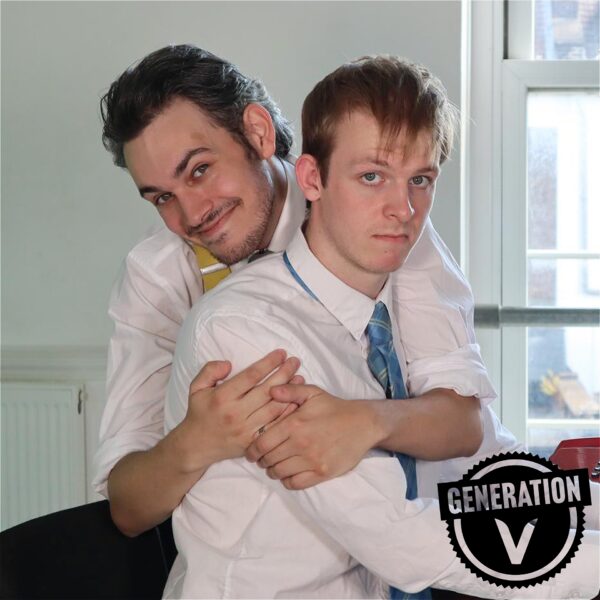 Gary is in an accident and his condition is worsening by the minute.
The only people capable of saving him are his last two brain cells.
Unfortunately, they’re completely incapable of getting anything done.
Faced with their own mortality, they must try their best to keep everything afloat. 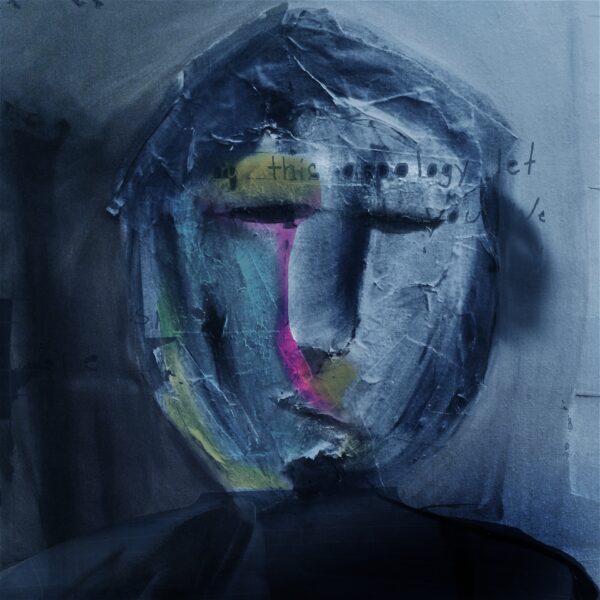 Following his dream, Remi moves to Scotland to become an actor. Ugly and a vicious attack almost ruins his life…

Shortlisted for Adrian Pagan Playwriting Award at the King’s Head Theatre, and on the final shortlist in the BBC Writersroom Drama

Rachuba’s writing is heart-wrenching, unique and brutal. With elements of black humour and clever twists, the play keeps the audience transfixed, to witness a moving portrayal of acceptance and the ultimate forgiveness.

Part of the Main are bringing a trio of captivating tales to VAULT Festival.

Frank and Evelyn open their rural home to a stranger in need. The Tinker has a way with words and a talent for fixing broken things–but at what price?

POV: you’re a vlogger. A productive (but chill!) DIYing vlogger. It’s the end of the world. What do you do when everyone’s left the internet? 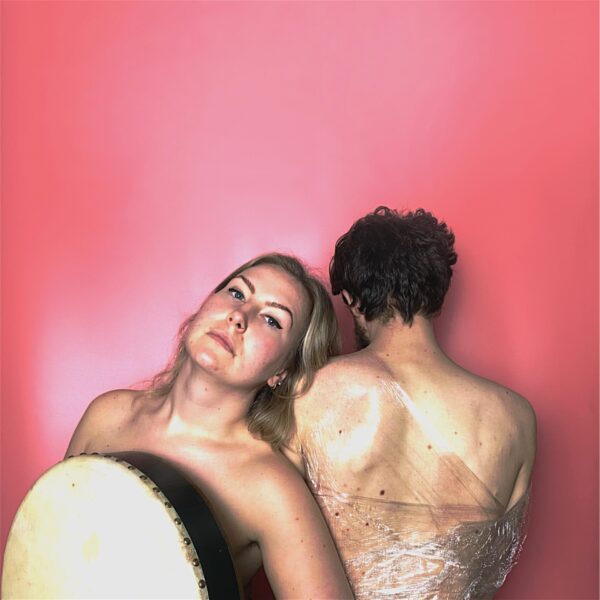 My Lover was a Salmon in the Climate Apocalypse

This gig gets weird. Join us, and return to being a fish.

Humanity’s ruined the ecosystem, but humanity’s just a dodgy side branch of fish evolution. The solution’s clear – and that’s where the salmon come in.

Fin’s climate anxiety culminates in him thinking he’s a salmon, onstage, whilst his girlfriend and bandmate look on in fishy horror. This could be a climate revolution.

But being a salmon would put a certain stress on everyone’s personal lives. And actually that’s a good question to ask: can our relationships survive this overwhelming timeline we’re in at all? (Features salmon.)

After a hit run at Edinburgh Fringe, SWARM returns to VAULT Festival as the ‘Pick of the Pleasance.’

A response to when David Cameron referred to migrants as a “swarm”, SWARM asks: are migrants seeking refuge in the UK really the toxic demographic pervading British society, or is it us?

From ‘anarchist clown’ and theatre-maker Liv Ello, the director of the Edinburgh Fringe and Soho Theatre smash-hit, Frankie Thompson’s CAttS (Time Out’s Top 10 Comedy Picks of The Fringe, ★★★★ Guardian, ★★★★ Time Out, ★★★★★ To Do List, ★★★★★ Funny Women)