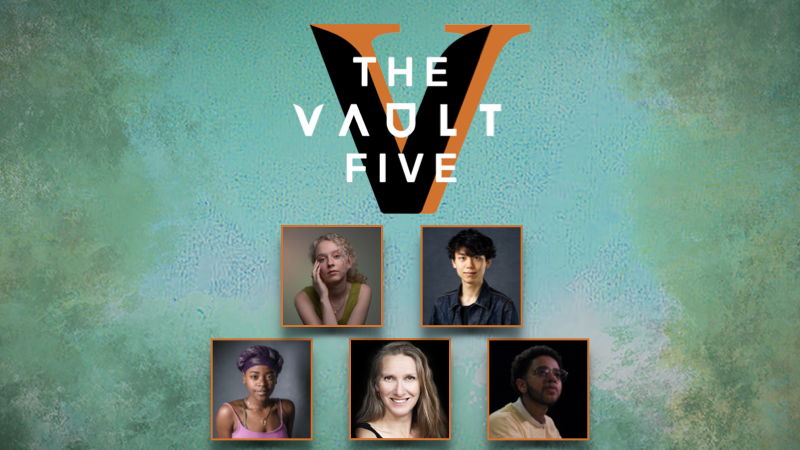 Our VAULT Five programme was launched last year to provide artists an opportunity to gain a step up in their careers and to help them realise their ambitions, with the programme culminating in a show at VAULT Festival.

“Being a part of VAULT FIVE was great. In an industry that can sometimes feel a little lonely, you suddenly have people available to you to ask questions – a mentor, a whole creative team of people that really care and 4 other brilliant artists making work. I really enjoyed the process of it.”

Yuxuan Liu is a Chinese theatre director based in London. He is a keen deviser and theatre-maker whose work varies from new writing and children’s theatre to the reimagining of classic plays.

Tatenda Naomi Matsvai is a facilitator and devised performance maker, working with spoken word poetry in theatrical and non-theatrical contexts, with a focus on community engagement.

Gaynor O’Flynn is a performer, writer & director. She started her career in TV, Channel 4, ITV, BBC, Canal Plus, amongst others. Her first video art work exhibited at The Tate, Liverpool, 1990.

Tatenda Shamiso is an Afrosurrealist theatre-maker, writer & musician with origins from Zimbabwe, Belgium, the United States and Switzerland. Central to his work are themes of community, identity, and joy within the diaspora.

You can read the full biographies of this year’s VAULT Five artists and find out more about the programme by visiting our VAULT Five page.