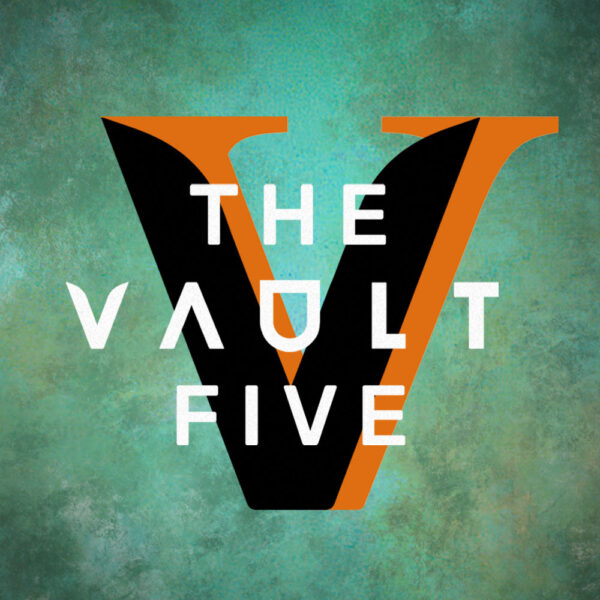 The deadline for applications wass 12pm, Tuesday 14th June 2022. If you have any questions, you can contact us at [email protected].

What is the VAULT FIVE?

The VAULT Five is a 9 month mentoring programme for early & mid-career live performance makers that aims to give you a step up in your career and help you realise your ambitions by culminating in a show at the next VAULT Festival.

“Being a part of VAULT FIVE was great. In an industry that can sometimes feel a little lonely, you suddenly have people available to you to ask questions – a mentor, a whole creative team of people that really care and 4 other brilliant artists making work. I really enjoyed the process of it.” Gemma Barnett, VAULT Five Participant

The Programme is aimed at artists & live performance makers of all disciplines who are looking to elevate their careers to the next level.

The programme will be particularly beneficial to early career & mid career live performance makers who have made 3+ shows and are looking to expand their ambition.

The programme is open to anyone involved in the making of live performance including theatre makers, comedians, cabaret artists, ensembles, writers, directors, and writer/performers. You need to have a show or project in mind that you’d like to create and bring to the next edition of VAULT Festival.

Participants must be 18+ years of age and have the desire, availability, and means* to bring a show to VAULT Festival in 2023.

*This doesn’t mean you have to personally have the money needed to mount a production, but it does mean you will need to be willing to fundraise if you don’t.

What does it involve?

VAULT will not produce or fundraise for shows, although we will advise and guide on strategy, so it’s important that all participants acknowledge the need to be able to deliver the shows as an independent performance maker. Participants in the VAULT Five programme will receive a favourable financial deal for their shows at VAULT Festival.

Please note, if you are unable to attend 1:1 mentoring or group sessions in person, it is possible to attend remotely. This can be organised in advance of the sessions.

We are delighted to announce the final VAULT Five artists! We’d like to offer a big thank you to our 2022-2023 VAULT Five Mentors: Sofi Berenger, Tatty Hennessy, Oliver Hymans, Rowan Rutter, and Keisha Thompson.

Beth is an interdisciplinary theatre-maker and director, based between the South West and London. Trained at the University of Exeter and The Royal Central School of Speech and Drama (MA Advanced Theatre Practice), her practice makes a mess, deconstructs form, and subverts traditional theatre structures. Working in collaborative, research led, responsive ways, and rooted in communities, she champions accessible art for social justice. This intersection provides a fierce creative foundation, within which she moves, makes and advocates. Her current project RIGHT OF WAY involves walking the South West Coast Path, and is a semi-autobiographical piece that explores the intimate connection we have with powerful bodies of water, our heritage, and with the women in our lives. Rooted in a place of joy, breath, and deep listening, it is an embodied reflection on chronic illness, accessibility, Young Carers, and radical joy.

Yuxuan is a Chinese theatre director based in London. He is a keen deviser and theatre-maker whose work varies from new writing and children’s theatre to the reimagining of classic plays. He has recently directed at Bristol Old Vic and The Wardrobe Theatre. He graduated from the MA Drama Directing course at Bristol Old Vic Theatre School and the BA World Performance course at East 15 Acting School.

Tatenda (they/she) is a facilitator and devised performance maker, working with spoken word poetry in theatrical and non-theatrical contexts, with a focus on community engagement. Their work is mainly bio-mythical, infusing their lived experience with African mythology, to imagining alternate origins that challenge colonial cosmologies in a resistant act of self-recovery. Their performances are joyful, participatory, and multidimensional. Tatenda is passionate about youth empowerment, physics, queer ecologies and somatic movement. Tatenda’s work has been performed as part of Peckham previews (Theatre Peckham) Words First (The Roundhouse Camden) and Between.Pomiędzy Literary Festival (Poland).

Tatenda (he/him) is an Afrosurrealist theatre maker, writer and musician with origins from Zimbabwe, Belgium, the United States and Switzerland. Central to his work are themes of community, identity, and joy within the diaspora. He teaches in the Theatre and Performance department at Goldsmiths, and most recently wrote and performed ‘NO I.D.’ at Theatre Peckham, alongside performing in ‘Communities of Resistance’ in New York City with the Young Vic.

We are delighted to announce the shortlist for this year’s VAULT Five programme!